The Island of Secular, Liberal, Democracy. 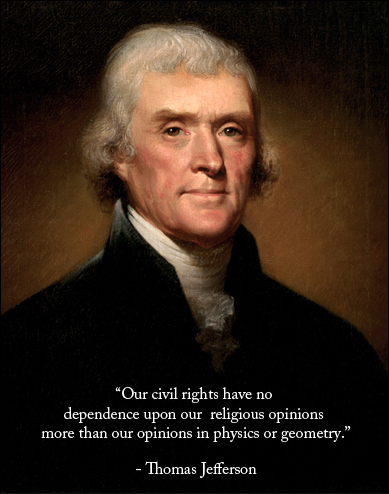 Involving myself in several debates this week with members of Hizb and their supporters threw up one consistent theme; secular liberal democracy oppresses Muslims, and so by advocating a return of Khilafah, they are in fact fighting oppression (nothing says ‘fighting oppression’ quite like ISIS beheading ordinary people). The obvious question then becomes; how does a system that advocates – according to Hizb’s constitution as drafted by al-Nabhani – the execution of the ex-Muslims (essentially, genocide), and the oppression of the LGBT community, whilst forcing non-Muslims to pay to uphold it and disallowing women from holding high office, get to be considered anything but oppressive?

The response was predictably deflective, the points raised were not addressed (save for the ill-informed “being gay is unnatural” argument often used to defend the hideous oppression of the gay community by religious supremacists), instead opting on far more occasions than I ever considered possible, to just keep insisting that secular, liberal, democracy is in fact an oppressive religion itself. Whilst I’ve argued the case for secular, liberal democracy on several occasions pertaining to the specifics – the veil, or sexuality, free expression, or the building of mosques – I thought I’d use this article to explain my fundamental reasoning behind why I believe secular, liberal, democracy is the opposite of oppression.

Let us imagine there are ten of us on a desert island. We propose to come up with a governing system. Two of the new inhabitants are Muslim. Two Atheist. Two Christian. Two Hindu. Two FutileReligion (my new faith for the purpose of this article). The ten on the island consists heterosexual people, homosexual people, bisexual people, men and women, lighter toned skin and darker toned skin, red haired, blonde haired, blue eyed, green eyed people.

When coming up with our system, we all agree that the green eyed people – on account of having green eyes – have no inherent right to state privilege, nor the blue eye’d people, nor the blonde haired people, nor those with light toned skin. If we were to suggest that green eyed people are entitled the distinct privilege of law making, we imply that no one else is capable. We imply the superiority of one eye colour, to the inferiority of all others. We do so, without any reasonable justification. We therefore not only chain the rights of others whilst privileging green eyed people, we also chain green eyed people who could have their lives improved by the ideas in the minds of the non-green eyed people for improving island living. It is an absurdity. We acknowledge the equality of all when it comes to eye colour. And so we must then ask; if we accept that one particular eye colour isn’t naturally privileged, nor do we accept that the island is naturally a white supremacist island, why would we presume one particular faith must be granted state privilege and supremacy? And if we do believe one particular faith should be permitted an inherent right to state privilege, whose religion shall it be?

Well, the FutileBelievers believe the state should be theirs, and so all Christians and Muslims should be executed immediately for their sinful religion, because FutileGod insists that they are in fact unnatural. We presume that if we call it “God’s law“, it somehow permits it a privileged position to control and punish according to its rules, even those who don’t consider it to be “God’s law“. According to the two Muslims, the state should be Islamic with everyone else paying jizya to uphold the system and that the three gay people on the island should be immediately executed, and the four women disqualified from high office. The four women and the three gay people aren’t given a say in this, because the Muslims automatically presume a right to control those lives, simply on the basis of their personal religious belief. Again, an absurdity. The Christians believe the system should be completely controlled by Christians, with no Muslim being allowed high office, they also seek to burn any condoms they find and your private sex life will essentially be handed over to the two Christians. Muslims don’t get a say over whether they are allowed power in this Christian state, they simply have to deal with being institutionally inferior to their Christian rulers, who have taken it upon themselves to declare supremacy. So, who in this scenario gets to enshrine their particular religion into the framework of state?

Contrary to Hizb and other religious supremacists bizarre notions of oppression, you may note that secular, liberal, democracy enshrines the right to believe whatever it is you choose to believe. It protects that right fully for the individual. No single sect can take that away from you, in a secular, liberal, democracy. It is not anti-religious, it is anti-religious supremacy and privilege. To achieve a state that enshrines religious privilege, and supremacy, requires force and it requires the institutional subduing of others. It is the definition of oppression.

Let us be clear; by privilege I mean the institutionalising of one belief – and so, the power of state handed to two people on the island at all times – into the framework of state; perhaps insisting that gender and sexuality of all inhabitants must be subject to the rules of one faith. I do not mean banning those people from invoking their beliefs when it comes to island debate. Simply, the institutionalising of one belief; The perpetual chaining of everyone to the dictates of the faith of those two. Who gets to make that decision? How might we expect the other 8 react, if the two FutileBelievers were to say “… right, we’re in charge, we now run this place. First thing’s first, all Qur’ans and Bibles are to be burnt“. I imagine they’d react in the same way Catholics reacted when Protestants permitted themselves state privilege and oppression ensued. Or how Shia react when Sunni permit themselves state privilege and oppression ensues. It is a recipe for perpetual oppression and inevitable conflict, because it relies on the oppressed staying quiet and resigning themselves to an inferior status, and history teaches us that if you chain people to the privileged few, those in chains will fight to break them.

We have a situation in which ten people are currently free and equal. Eye colour does not get to control other eye colours, hair colour does not affect our right to participate in society and to an individual life. We extend that principle to belief. The freedoms are equal to all. There are no barriers erected to our liberty. None of those people were born attached to the religious beliefs of any of the others. Therefore, the burden is on those seeking to chain others to their religious beliefs, to convince others to hand over their liberty to that particular belief. As of yet – not just on our island, but on the entire planet – no one has succeeded in convincing others to become subservient to the beliefs of one individual, through anything other than threat and force.

So, how do we develop this impasse into a framework of state? Well, we could all insist that our particular religion is deserving of institutionalised state privilege, that others must be chained to our supernatural beliefs, thus putting us in constant conflict with everyone else on the island who similarly believe themselves privileged, and everyone else subordinate. This is unlikely to end in anything other than violence, when those threatened with the rules of the faith of the other start to break the chains. Or, we could enshrine into the framework, our acceptance that we should all be free to practice our own religion where it does not encroach on the same freedom for others, and where our freedom on the island is not chained to the beliefs of anyone else. We devise a system that is constituted firstly to protect each other, from each other. That is the primary basis of a free and equal society. The freedom of Person A – regardless of sexuality, or gender, ethnicity, or faith – does not end where the religion of Person B begins.

Once individual liberty, to pursue our own goals, is protected through a constitutional framework, we can then all jointly involve ourselves in the political process. The structure of the democratic institutions – be them Parliamentary, or Presidential, direct or representative, comes next. We compromise on decisions that effect us all, we split power, we get it wrong at times, but we learn and we move forward, and our participation in the political process is in no way dependent on our belief, gender, sexuality, hair colour, eye colour, ethnicity, if we’re missing a toe on one foot, or any other biological trait. All of those are irrelevant to our ideas and our participation within society, and so the initial protection of us all is the only possible way to allow everyone our full potential without fear of repression. The burden is on those who seek to remove our liberties, to explain why we should be forced to give them up.

The 10 person society is run on the basis of compromise and free and open debate and discussion. We can inquire, scrutinise, and progress without our ideas and creativity and contribution withheld simply because we have a particular eye colour, gender, or sexuality. If you disagree with a policy, you are free to protest, to run for office on your platform, to scrutinise, to mock, to critique. This is as true for you, as it is for me. This is secular, liberal democracy. It isn’t a religion, and it privileges no single individual or belief above any other. It is the neutral protection of all, from all, and the freedom for all to participate in the process of state. The governing of state in no way inflicts restrictions upon your right to live according to your religion, where your religion does not damage the liberty of anyone else.

To believe secular, liberal democracy is oppressing you, is simply another way to say you believe your faith should be granted state privilege to harm the liberty of others. This isn’t oppressing you, this is denying your determination to oppress others. And on that charge, I absolutely agree, and that is exactly why liberal, secular democratic institutions are the only way to guarantee civil protections for all.

This entry was posted on Tuesday, July 15th, 2014 at 10:28 am and is filed under politics, Secularism. You can follow any responses to this entry through the RSS 2.0 feed. You can leave a response, or trackback from your own site.

4 Responses to The Island of Secular, Liberal, Democracy.