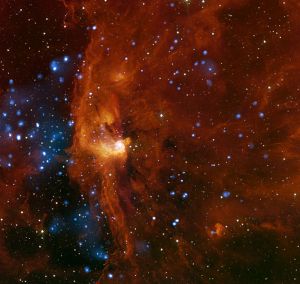 “One does not have to appeal to God to set the initial conditions for the creation of the universe, but if one does He would have to act through the laws of physics”.
– Stephen Hawking.

At first glance, one may be forgiven for presuming that the physical constants that make up our universe, are clear evidence for a very precise designer. Paley argued as much with his watch. In these more enlightened times, the physicist and author Victor Stenger, writing in ‘The Fallacy of Fine Tuning‘ wonderfully dismantles the presumptions that inform the ‘classical proof’ using the physics itself. Supporting Stenger’s critique – and far more in keeping with the theme of this article – is the “The God Argument” by A.C Grayling. In it, Grayling provides a simple, rational dismantling of the fine turning argument, that coupled with Stenger’s critique, must surely put an end to the use of the argument as evidence for the existence of a creator.

To highlight the problem with the fine tuning argument for the existence of God, Grayling states that if his great-great-great grandparents had not lived the exact life that they had, had they lived ever so slightly differently, circumstances would perhaps not have permitted his own life. The intense number of coincidences that are required to line up in order to result in the life of A.C Grayling, are amazingly unlikely…. in retrospect. And yet, one would not suggest that the history of Grayling’s family was specifically finely tuned to arrive at his life. The fine tuning argument for the existence of a creator is retrospective in exactly the same way.

The point Grayling raises, is that it is both arrogant and irrational to believe the history of your family was specifically designed in order to produce you, looking back retrospectively, and simply because you exist. Similarly – and perhaps more so – it is arrogant and irrational to retrospectively argue that 14 billion years ago, the universe was ‘created’, took 9 billion years in order for the Earth to develop, an Earth that is uninhabitable in large parts and contains the ability for natural disasters to destroy life, alongside 99% of species since that time dying out, and humanity struggling to survive the harshest of conditions, just so religious philosophers can presume it was all designed with them in mind; a species that – in the context of the time scale of the universe – exists for such a short pin point of time. Indeed, life – human life – on planet Earth is such a small momentary blip in the history of vast open of space-time, that the universe seems anything but created with life at the forefront.

But I think even before we feel obliged to move on to the logical problems with the intricacies of the fine tuning argument, before we need mention Grayling’s family history, before we note that the vast majority of the universe – throughout time – is uninhabitable, we must note that the very premise of the argument in the first instance is in fact, self defeating in a couple of ways. Let’s assume for the moment that the ‘creator’ posited in the fine tuning argument is given the traditional attributes of the God of the Judeo-Christian traditions – omnipotence, omniscience, omnibenevolence – it would necessarily follow that such a creator could ensure life existed for any possible tuning of the universe. If that creator could not create life to exist in any possible tuning of universe, it would at the very least suggest that the creator’s actions are dictated by the conditions of life – conditions that ‘He’ has no control over. Thus, the creator did not create life, life (as we know it, because we’re here) can exist with or without the ‘creator’, requiring only the conditions to be right. The ‘creator’ is thus defeated by the very fact that the natural laws that ‘He’ must adhere to in order for life to flourish are – by definition – greater than ‘He’ because they precede ‘He’.

If human life were transplanted from Earth, to 99% of the rest of the universe, it would instantly perish. Indeed, just outside of the boundaries of our own atmosphere, we encounter radiation that would kill us in an instant. If human life were transplanted to a past state of the Earth throughout most of its history, it would not survive. And so, it is no great exaggeration to say that the ‘fine tuning’ argument for the existence of a ‘creator’ is the weakest of all the classical ‘proofs’. It is self defeating, it depends largely on our bizarre assumption that the universe – largely uninhabitable and violently opposed to life – is created with us – a split second in cosmic time – in mind, and falls apart before we even have to analyse the actual cosmological constants that permit you to be sat reading this right now.

This entry was posted on Tuesday, March 3rd, 2015 at 7:41 pm and is filed under Atheism, Secularism. You can follow any responses to this entry through the RSS 2.0 feed. You can leave a response, or trackback from your own site.