It is surprising that I am not a Mark Rothko fan. I find his work to be easy and tedious. I feel nothing when I look at his work. It doesn’t overwhelm me, in the way that a Rembrandt, or a Caravaggio does. Yet, what he is trying to convey – a sense of calm – in nature, I find to be breathtaking. The photo below, I took yesterday somewhere along the Great Ocean Road in Victoria. It’s difficult not to think “Rothko” when you see it. Yet it possesses something that Rothko just couldn’t create. Perhaps something that man can’t create.

Rothko simply fails to grasp hold of this sense of beauty in his works.

Here are a few photos I have taken on my second trip to Australia. Enjoy. 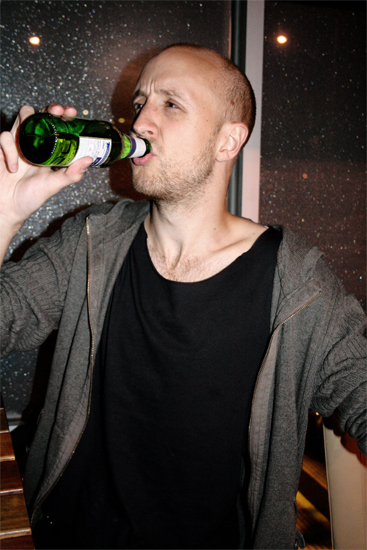 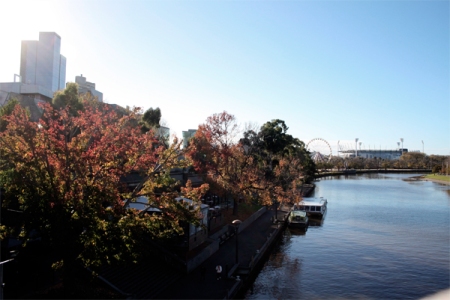 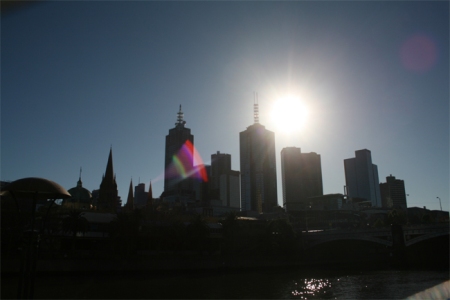 Ash bought me this incredible coat, as an early birthday/christmas gift. It is actually the greatest coat ever made. This was taken on a steam boat on the Murray River. Ash booked a gorgeous weekend away in Moama. 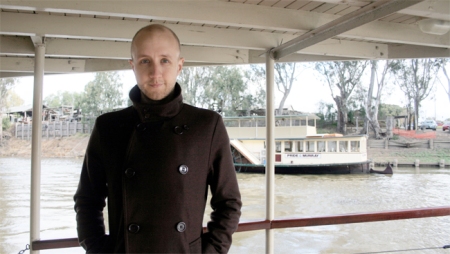 Our room in Moama, complete with a fire place, and a spa.

A shack on the Murray River.

Ahmed, Geoff, Kerry, Ash and me.

Mr Geoff, in front of Flinders St, in Melbourne.

There will be more to come!
And be sure to check out my other photography: Futile Photographer.

Here is another selection of a roll of photography prints from my Diana Mini lomography camera, taken here in Aussie land. 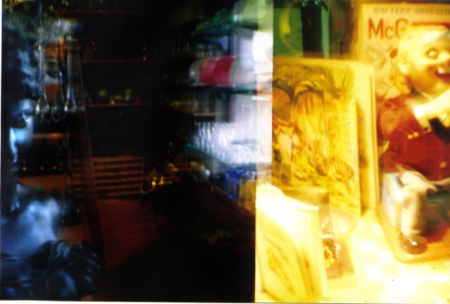 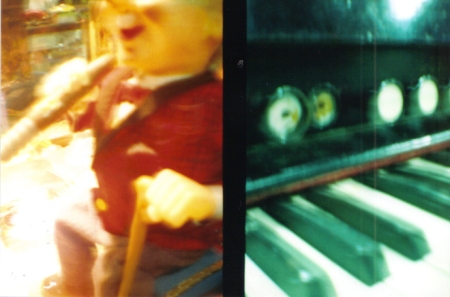 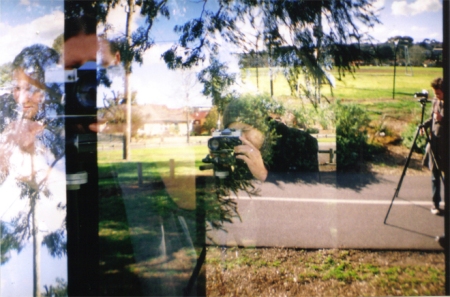 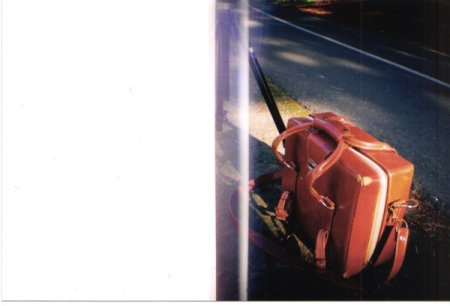 According to dictionary.com, the word ‘side’ means: “one of the surfaces forming the outside of or bounding a thing, or one of the lines bounding a geometric figure.” It does not say that ‘side’ should refer to one specific place. We English have taken this description very very seriously.

Side, is an English concept apparently. The Aussies have no idea what I’m talking about when I say something is on the side. They look at me, as if I’ve said “Oh hi, I was just wondering if I could tweak your nipples for a second or two?” Their minds cannot comprehend the complexity of ‘side‘. Side, to us Brits is like Narnia. We know it exists, because we have seen it. But no one else understands it.

Let me elaborate; when someone in the house asks a simple question such as “where are the keys?” and you know that the keys are on the bench next to the cooker, the answer is “they’re on the side“. If the very same person were to ask; “okay, I have the keys, where is my phone?” and you know that the phone is on top of the set of drawers in the bedroom on the right hand side of the bed, the answer would be “they’re in the bedroom, on the side“. If they are then looking for their hand held mirror, which Ashlee was looking for this morning, and you know it is in the bathroom on the bench next to the dryer, you would say “it’s in the bathroom on the side“.

Here is an example. I shall use Jesus and the virgin Mary as key characters in this, because they still seem to be quite popular.

Jesus: “Oi, shitface, where’s my phone? And you can’t punish me for calling you shitface, because i’m Jesus, i’ll turn your bathwater into the terrified screams of unbelievers.”
Mary: “It’s on the side, love.”
Jesus: “Magdelene keeps ringing, tellin’ me she’s all pregnant and that the kid is mine. Fuck that. Ima kick off in the temple today, fake my death to avoid paying child support, and become what i’ve always wanted to be; a gay atheist democrat. I’m sure no harm will come from it, and I’m almost certain that the idea that I’ve had a child will in no way spawn the writing of an incredibly shit novel followed by an even worse film rendition of it, followed even further by the same author raping the very concept of literature, and metaphorically pissing all over greats like Shakespeare and Milton, by writing even more atrocious novels. Thanks for my phone, it was on the side, your water is safe.”

See! Even Jesus knew what side was.

We Brits know exactly what side we are talking about, when we answer with “side“. If someone were to ask us “oh cool, you found the keys, where were they?” and you found the keys on the small table that the phone sits on, you would say “they were on the side“. Side is a generic answer, for when something is on the work bench, or on top of the bathroom cupboards, or the bedside table. However, side is NEVER to be used to describe a bed, a couch, a dining room table, a bookshelf, a child’s head, or the floor. That would just be ridiculous.

I have tried today to limit my use of ‘side’ when Ash asks where something is. This morning, as explained earlier, she asked where her mirror was. I answered, knowing that the use of ‘side’ was very much off limits, with: “It’s on the …….. bench……. with the clothe……… with the jumper thing….. next to the…….erm………. It’s on the side“. I couldn’t help it, side is just a far more simple way of explaining the location of a given object at any particular time.

So now we have cleared that up, here’s a pretty picture of mine for you to look at, in an attempt to make it seem like this was a worthwhile blog at all. It was taken in Melbourne at the weekend. I have uploaded a few more prints that are now for sale, at http://jme2007.deviantart.com/prints if you are interested. That’s right, my transformation into a dirty Capitalist is well underway. I will be lobbying Western governments to invade poorer Nations and create awesome photo opportunities at the expense of the local population, in no time. 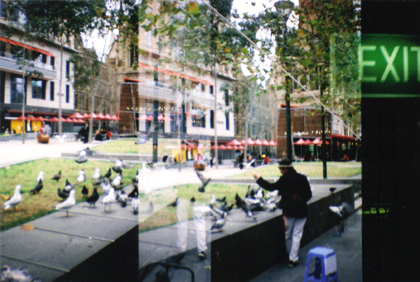 I am closing in on the halfway point of my visit to Australia. So, I thought i’d make a huge blog, full of my favourite photos from the past few weeks. So here you go…. 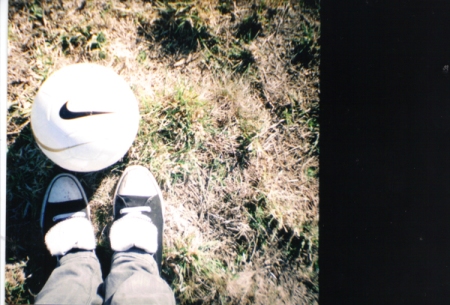 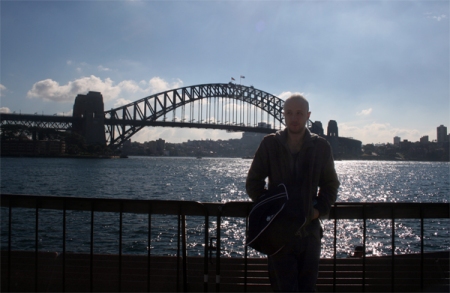 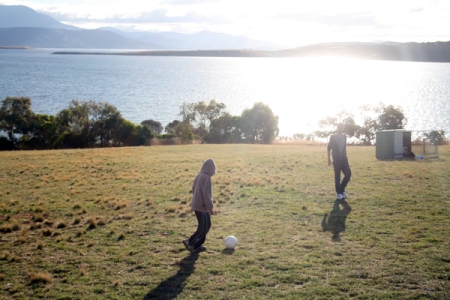 My fifth roll from my Diana mini. A few photos from the weekend at the park with friends, and a few from around Leicester.

I have a bit of a love for random photos; snapshots of the mundane life in motion.

…. will be exhibiting some of her excellent photography work, for the first time, this July, in Australia. I will be there to see it, which makes me happy. She is a very talented artist and photographer, and it’s about time a larger number of people get to see her work.

I thought, given my growing level of pride in every thing she does recently, that I’d showcase some of her work on this blog, for the very few people who actually read it from time to time.

They are all lomography photos taken traditionally. None of them have been digitally enhanced.

It would seem that within the next couple of hours, the Liberal Democrats and the Conservatives will be going into coalition. Talks between the Liberals and Labour fell apart before they’d started. Gordon Brown looks set to resign tonight too.

So, with the news of a new Tory lead government, with a pathetic Liberal Democrat party that I will never vote for again, I thought I should post something a bit more cheery.

I got this roll of film developed today.

This is my third roll of film using my Diana Mini lomography camera.
The film, unlike the other two, is not redscale, it is 35mm iso400 Fujifilm.

I only managed to get three decent shots from this roll. There were a few more, but not that i’d consider good enough to show on here. They will remain in my “average” folder.

My next roll of film for my lomography, hopefully will be film specifically made for lomography.

My second roll of redscale lomography film produced the following photos. I’m pretty happy with them. The lady who develops them for me, keeps giving me my money back because they “came out a bit red”. She thinks the film fucked up. It didn’t.

All of these pictures are taken in and around Leicester City Centre.

Time to get cracking on my third film, I think.

My lovely girlfriend introduced me to the joys of Lomography a couple of months ago. Since then, it has reignited my love of Photography and gave me a reason to start it up again.

I bought a Diana Mini and a couple of redscale iso100 films, and got snapping.

These are my favourite photos from my first roll of film. The second roll of film, which I had developed today, will be uploaded tomorrow.