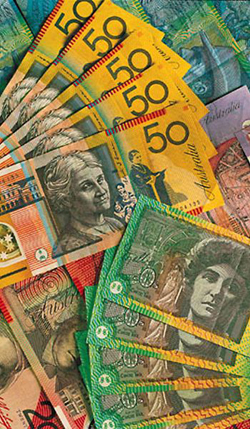 There is an election here in Australia, whilst I am still here. The choice is between the Aussie Labour Party, whom are currently in power with Julia Gillard as PM, and the Aussie Liberal Party, headed by a man whose head seems to be deflating whilst his ears remain untouched; Tony Abbott. The Liberal Party are the Australian Conservatives.

What i’ve noticed from watching the PM and the opposition, is that the same empty rhetoric is used here, as it is in the UK. Gillard keeps using the phrase “hard working families“. Abbott keeps whinging on about “Labour’s debt“. It is the same bullshit. However, unlike the UK, the Australians don’t seem to be falling for the “WE MUST CUT THE DEBT NOW!!!!” nonsense put forward by Tony Abbott. In fact, Abbots’ own website points out that Labour are putting the debt up by $100,000,000 a day, every day.

One of the issues that both the UK and Australians don’t seem to want to deal with, is the amount of easy credit available which has, over the past twenty five years in the UK caused much of the issues we’re now faced with. Essentially, what happened during the Thatcher years, was that her “trickle down theory” was an absolute failure. Whilst the wealth of the top 1% increased dramatically, the wealth did not trickle down. Wages stagnated, and have done ever since. The problem with that is, wages create the disposable income, and so if wages are not increasing, then eventually the wealth of the very few was going to hit a brick wall. The answer to that problem, was easy credit. Here have a piece of plastic with the River Island logo on it. You now have an easy £250 that you don’t have to pay back for two entire years! Have a credit card with a low interest rate. Have a house, and pay very little back. Until crises hit, because people couldn’t afford to pay it back. Suddenly, personal debt is at an all time high, no body has any money, the Government has to step in to stop the further abuses of banks and other places offering easy credit, and prop up a failing economy, and suddenly Conservatives are blaming the Government for the problems for not regulating private business affectively enough, whilst quite confusingly here in the UK electing a government dedicated to deregulation and further freeing up private business and banks to be as greedy as they so wish, which is exactly the reason we are in this mess. To cut a long story a little bit shorter……….. never ever elect Conservatives/Liberals/Republicans/Right wingers of any kind. Individual debt now accounts for a massive amount of the debt crises, across the World.

Australia hasn’t been free either, from the adverse affects of banking deregulation. Deregulation in the 1980s in Australia, seemed to have allowed Banks the freedom to offer ridiculous loans, lower their rates, whilst at the same time reducing the security they needed to back the loans. So, when rates suddenly shot through the roof across the financial sector in 2007-8, the banks ran up losses into the billions. Deregulation failed the banking industry and so failed the consumer. It isn’t a surprise either, given that in 1991, an Aussie Parliamentary Inquiry into the Australian Banking Industry chaired by Stephen Martin found that freeing up the financial sector had not delivered the promised benefits to average Australians.

Australia hasn’t escaped the easy credit problem. In 1980, the average Aussie Household had debts of around 40% of their income after tax. Today, it is 158% average debt. Which suggests that easy credit has become the norm in Australia too. Which means, lower interest rates don’t make much of a difference, and feel just as harsh as they would have felt when they were higher, in the 1980s.

Back to National debt.

The UK is not in a position to need to cut the deficit immediately, as suggested by the Tories, because we are the fifth largest economy in the World, we have a triple A credit rating, the third largest reserve currency in the World, and if we have enough money to spend £888m on subsidising the arms trade and a further £6bn a year on a 20 year old paranoia deal with Trident, we aren’t about to suddenly go horrendously bankrupt. The Tories are simply waging ideological warfare, there is no other reason.

The Liberals in Australia are mounting the same attack on Australia, for ideological reasons. Australia is not in a debt crises by a long shot. National debt as a percentage of GDP for Australia, stood at 17.6% at the end of 2009. That puts Australia below every European Country with the exceptions of Estonia and Bulgaria, as well as below the USA, the UK, South America, Canada, and most of Africa. In fact, they stand at the 108th out of 129 in the ranks of worst Government debt as a percentage of GDP. That is pretty amazing. No Australian banks collapsed during the crises, and they came out of it pretty strongly, given that by May 2010, unemployment peaked in Australia, at 5.3%. In the UK, in May 2010, unemployment hit 7.8%. In the USA in May 2010, unemployment hit 9.3%.

Australia, is not in a debt crises. It does not have to submit itself to deep cuts and years of misery. Its growth forcasts are excellent in comparison to the rest of the World. It didn’t have to bail out half its banking system, and it is well below the average debt to GDP ratio. Labour has not left Australia in a mass of unsustainable debt. The State of Victoria has a AAA credit rating. New South Wales has a AAA credit rating. In fact, Australia as a whole is 10th in the list of the least risky countries to invest in. It ranks above the UK, and the USA, as of March 2010. The Country Risk Survey studies the economic and political risks for investors wishing to invest abroad, out of 185 Countries. Australia, is the tenth best place in the World to invest in, according to the Survey.

Australia can afford to spend money to secure a strong recovery, and to provide necessary funding to keep key infrastructure strong. When an economy is struggling a little, we cannot rely on the private sector to provide the education and the healthcare and the levels of policing required to deal with a down turn in economic fortunes, even though it is the private sector that will inevitably benefit from the protections and social infrastructure put into place. Australia can afford it. It can afford to do this, because when Australia is fully recovered from the financial crises, it will remain one of the best countries on the planet to invest in, which will inevitably increase revenue across the board, which can be used to bring down the deficit and then the debt steadily and responsibly rather than deep cuts to key services that are needed the most during difficult economic times.

The Liberal Party Website describes how they are committed to a strong free market economy. Yet, at the same time, and rather contradictory, the website tells me they are committed to lowering the immigration rate to 1.4% annually. Surely a free market system, requires an outright destruction of all National boundaries; after all, National boundaries are simply left overs from the protectionist days of colonialism, and so it is hugely contradictory to be tightening immigration, yet pledging an era of an economy based on the principles of a free market system.

The moral of the blog is; do not believe the nonsense right wingers throw at you. Watch their eyes sparkle with joy when they can unload their ideological crap and blame government and the Left for problems caused by the very same people they themselves set out to protect, every time they gain a little power. Australia doesn’t need a Thatcher.

This entry was posted on Monday, July 26th, 2010 at 5:42 am and is filed under political, Uncategorized. You can follow any responses to this entry through the RSS 2.0 feed. You can leave a response, or trackback from your own site.