What have Social Liberals ever done for us? 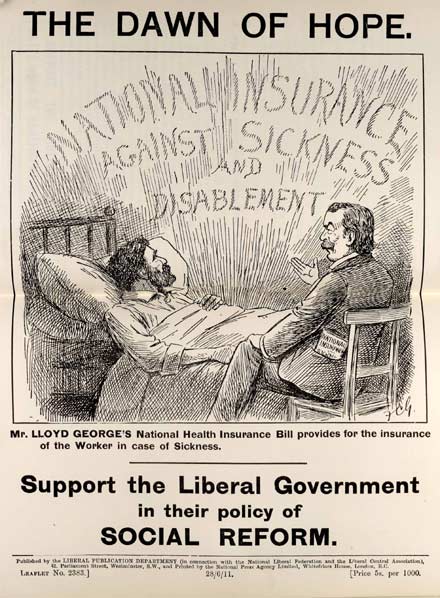 A position that bases its premise on the idea that individual liberties – like free expression, equality under the law, free association – must be protected prior to the forming of governments and are not restricted by nationality, ethnicity, or any other arbitrary distinction, whilst also arguing that government intervention can be a moral good when combined with the former principle, is surely not one that the British have abandoned. After all, the Enlightenment upon which these concepts – and modern liberal democracy – base themselves, are rooted in the British traditions of Locke, of Hobbes, of Paine, of Mill.

Social Liberalism in the early 20th century was firmly in the hands of the Liberal Party. Later, the Labour Party as it replaced The Liberal Party as one of two great Parties of State. Today, Labour’s leadership with its public support for regimes that willingly abandon natural liberties if they get in the way of achieving economically socialist aims, has long since abandoned Social Liberalism, and now threatens the livelihoods of many with its support for a very hard Brexit, has embraced a far less open, far more inward looking nationalism (it’s going to take a lot of explaining to convince me that i’m now “more Worldly” after my right to travel freely across Europe is revoked).

Which is why I and many like me, have abandoned the Labour Party. The key now for the Liberal Democrats – the successor to the old Liberal Party – is to build on their growth following Brexit, and resurrect great and radical Social Liberal politics of its past. What are those achievements, you may ask? Here’s what Social Liberals from the old Liberal Party have done for us:

In a forty year period, in which not all of it was a Liberal Government in power, Social Liberals managed to set the framework for the modern state. They improved conditions for working people, they strengthened trade unions, and they aimed at a greater distribution of education among the populace, they created the foundations of the modern welfare state with the National Insurance Act, an Act that preceded anything Labour was to achieve for another 40+ years. These were radical steps for the liberal-left 110 years ago, built on by Attlee, and later by Blair. Finding that radical spirit again at a time of discontent, with a far more polarised population than at any time in decades, will be difficult. But a precedent is there.

The Liberal Democrats in order to rebuild, require the input not just from established Liberal Democrats in Parliament, but from Social Liberals across Parties. Radical but rational; cooler heads rather than tabloid-populism; to challenge growing right winged sentiment where it oversteps the line into bigotry, but to understand what breeds those views and to create a strong, uncompromising counter narrative; to try to understand frustrations among communities, without claiming to speak for or represent an entire class as if a single uncritical bloc. To form new ideas, solutions, & policies that look beyond Brexit & set out a Social Liberal alternative, open and free, to the illiberal socialism of Corbyn, or the inward looking nationalism of the Prime Minister & UKIP.

This entry was posted on Thursday, March 2nd, 2017 at 3:11 pm and is filed under politics. You can follow any responses to this entry through the RSS 2.0 feed. You can leave a response, or trackback from your own site.